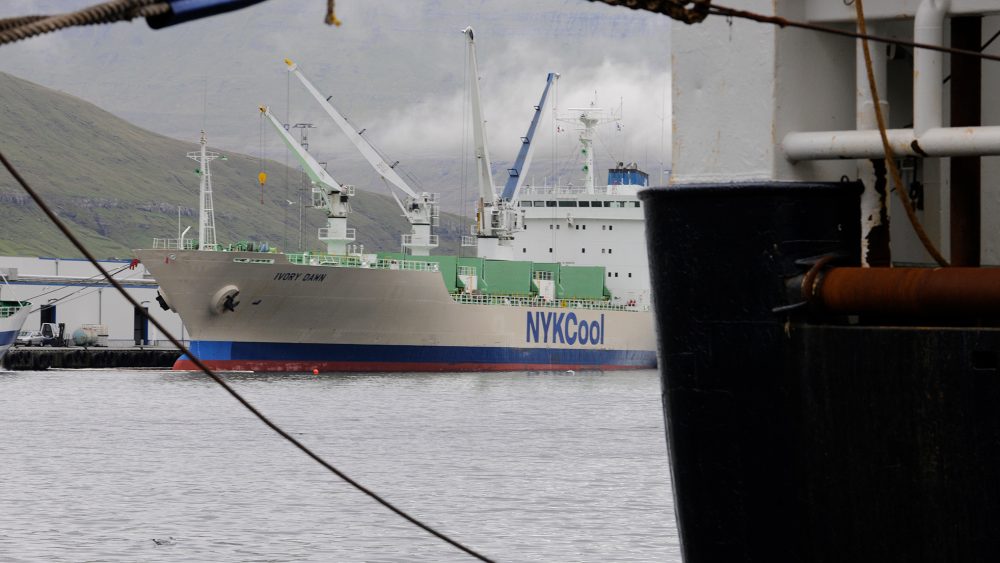 Last year foreign vessels transferred a total 370,000 tonnes of pelagic products and other frozen fish in the ports of Runavík, Klaksvík, Kollafjørður and Fuglafjørður, with 15 percent of the cargo brought on shore. The total volumes are similar to those transferred in previous years namely 362,000 tonnes in 2020 and 368,000 tonnes in 2019.

The statistics for 2021 indicate that Russian, Greenlandic and other foreign ships transferred in total some 370,000 tonnes of frozen mackerel, herring, blue whiting and demersal species in Faroese ports.  The lion’s share of the frozen goods, about 313,000 tonnes were ship-to-ship transferred, whereas 57,500 tonnes were taken on land, primarily to the cold stores in Klaksvík and Kollafjørður; by far the largest cold storage facility, Fuglafjørður’s Bergfrost, received substantially smaller volumes of fish from foreign ships in 2021.

Overall, for the three cold stores, mackerel represented more than half of the total volumes, whitefish and herring about one-quarter, respectively, and blue whiting the remaining approximately five percent.

The foreign vessels that unloaded frozen fish to the cold storage facilities were mostly Russian and Greenlandic, while the ones to transship without bringing to shore were almost exclusively Russian.