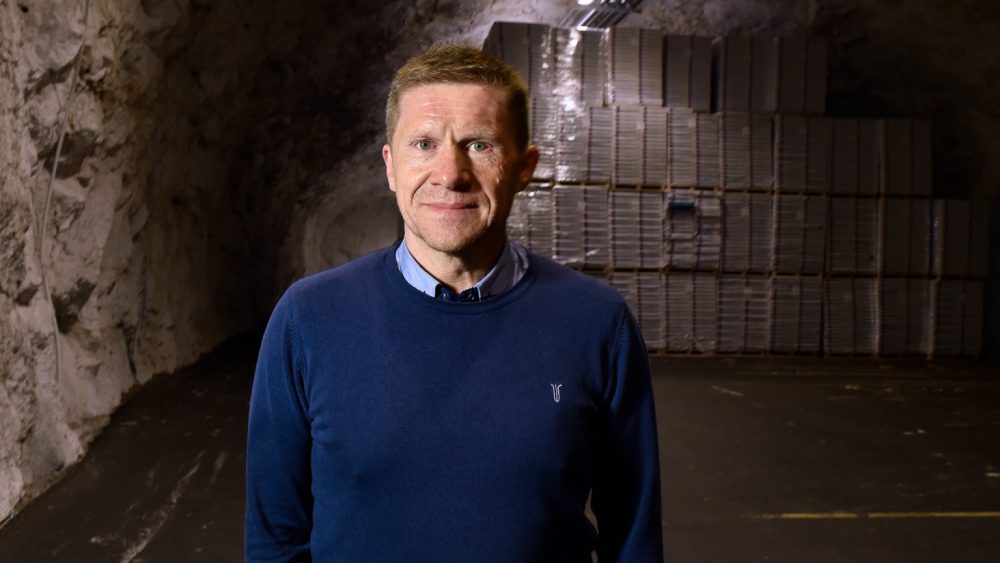 With an environmentally friendly power generation enabling it to consume 20 percent less energy compared to its competition, Bergfrost is one of the ecologically soundest, safest and largest cold stores in the Nordic Seas region.

The Fuglafjørður-based cold storage facility is not merely one of the largest of its kind in the Northeast Atlantic. It also ranks amongst the most environmentally friendly in the entire area, with half of its power generated from renewable sources of energy.

Regardless of the fact that it uses a complex of mountain tunnels for cold storage, a giant cold store like Bergfrost needs huge amounts of electric power, about half of which in the Faroe Islands is produced from water and wind, with the other half generated through power plants run by fuel oil.

Mind you, electricity does not come cheap in the Faroe Islands.

“The price per kilowatt hour appears to be higher here than anywhere else in Europe,” said Bergfrost managing director Símin Pauli Sivertsen. “On this particular point, we’re at a competitive disadvantage. By the way, we have benchmarked our electricity consumption against other Faroe-based cold stores and found that we use about 20 percent less electricity.”

The Bergfrost facility is located inside a tunnel system at the foot of the 571-meter high mountain Borgin that towers above the main harbor area of Fuglafjørður, perfectly situated between the Pelagos freezing plant and the Havsbrún fishmeal, fish oil and feed factory.