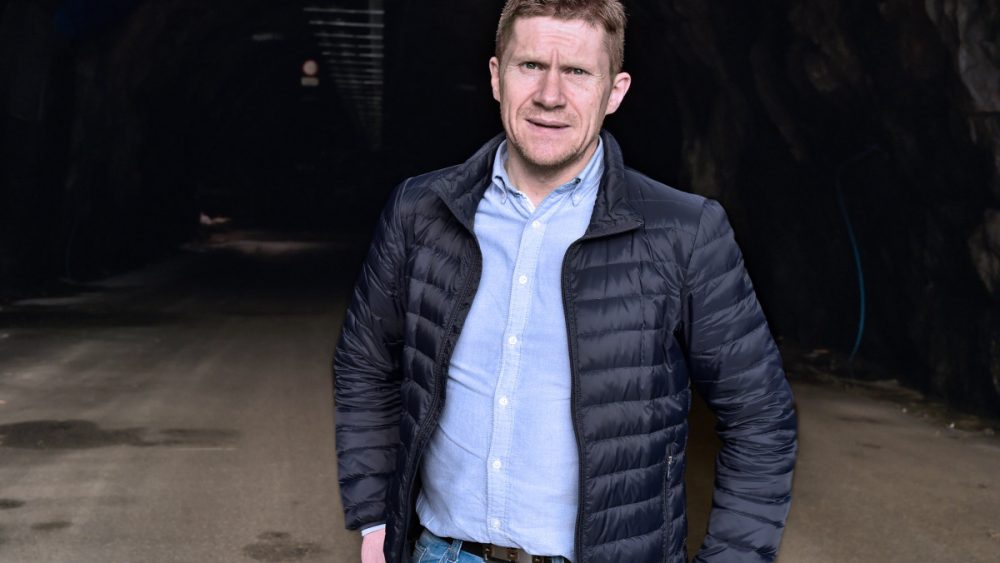 As well as upgrading its technology, Fuglafjørður-based underground cold storage facility Bergfrost significantly expands its capacity to 25,000 tonnes — becoming one of the largest facilities in the entire Northeast Atlantic region.

Cold store Bergfrost, at the heart of the pelagic fishing port of Fugla­fjørður, provides solid proof of the internationally competitive state of the Faroese cold storage business. Not only has Bergfrost grown into the largest cold storage facility in the Faroe Islands; with the latest expansion, set for completion this summer (2017), its capacity even surpasses that of any cold stores in Iceland, thus making Bergfrost one of the major players in the northeast Atlantic marketplace.

“Of course the Faroe Islands, and Fugla­fjørður in particular, is an attractive location for quite a number of customers looking for a good cold storage service,” said Bergfrost managing director Símin Pauli Sivertsen. “After all we are situated in the midst of where much of the action takes place when it comes to fisheries. The number of vessels regularly passing through Faroese waters while at the same time actually or potentially looking to store their frozen goods is quite substantial.”

The vessels referreed to by Mr. Sivertsen are domestic and foreign reefer ships and freezer trawlers, carrying pelagic, whitefish, or shellfish products. With northeast Atlantic pelagic fisheries booming in recent years, the volumes to handle—in the case of, for example, mackerel—have been unprecedented, generating dramatically increased demand for cold storage capacity.

Originally opened in 1996, Bergfrost is known as a high-quality cold store with an extraordinary level of operational stability due to natural insulation from massive layers of solid rock. The facility itself is located inside a tunnel system at the foot of the 571-meter mountain Borgin, with its entrance a stonethrow away from to the Cold Store Terminal, between the new Pelagos freezing plant and the Havsbrún fishmeal and feed factory.

With all of the tunnels in the complex taken over by Bergfrost and final touches expected completed by August 2017, the cold storage capacity will be increased to more than 25,000 tonnes. This follows an earlier expansion a few years ago that saw the capacity multiplied going from 7,000 to 16,000 tonnes.

“This cold store is now the largest in the country, even so if the Faroes were part of Iceland,” Mr. Sivertsen noted. “The undergound housing is exceptionally robust, safe and secure, which further sets it apart from the competition.”